Together with catechins and proanthocyanidins, anthocyanins and their oxidation products are the most abundant flavonoids in the human diet.
Examples of anthocyanin rich foods are: 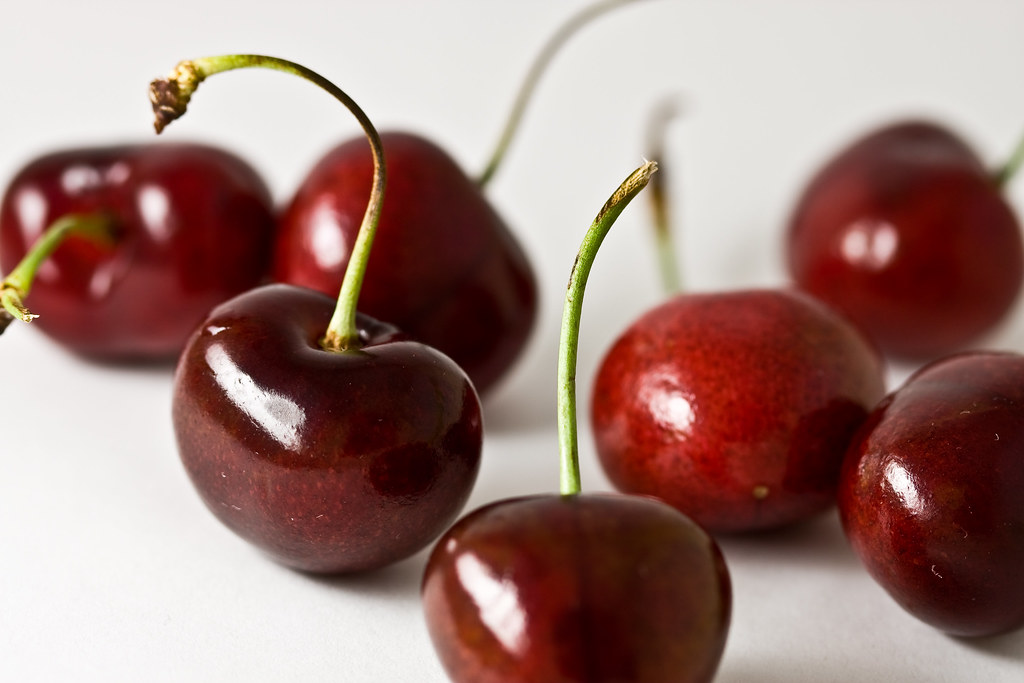 Anthocyanins are also present in red wine; as the wine ages, they are transformed into various complex molecules.
Anthocyanin content in vegetables and fruits is generally proportional to their color: it increases during maturation, and it reaches values up to 4 g/kg fresh weight (FW) in cranberries and black currants.
These polyphenols are found primarily in the skin, except for some red fruits, such as cherries and red berries (e.g. strawberries), in which they are present both in the skin and flesh.
Glycosides of cyanidin are the most common anthocyanins in foods.

Cranberries, besides their very high content of anthocyanins, are one of the rare food that contain glycosides of the six most commonly anthocyanidins present in foods: pelargonidin, delphinidin, cyanidin, petunidin, peonidin, and malvidin. The main anthocyanins are the 3-O-arabinosides and 3-O-galactosides of peonidin and cyanidin. A total of 13 anthocyanins have been detected, mainly 3-O-monoglycosides.

Until recently, it was believed that anthocyanins, together with proanthocyanidins and gallic acid ester derivatives of catechins, were the least well-absorbed polyphenols, with a time of appearance in the plasma consistent with the absorption in the stomach and small intestine. Indeed, some studies have shown that their bioavailability has been underestimated since, probably, all of their metabolites have not been yet identified.
In this regard, it should be underlined that only a small part of the food anthocyanins is absorbed in their glycated forms or as hydrolysis products in which the sugar moiety has been removed. Therefore, a large amount of these ingested polyphenols enters the colon, where they can also suffer methylation, sulphatation, glucuronidation and oxidation reactions.

Few studies have examined the metabolism of anthocyanins by the gut microbiota in the colon, which is part of the larger human microbiota.
Within two hours, it seems that all the anthocyanins lose their sugar moieties, thus producing anthocyanidins.
Anthocyanidins are chemically unstable in the neutral pH of the colon. They can be metabolized by colonic microbiota or chemically degraded producing a set of new molecules that have not yet fully identified, but which include phenolic acids such as gallic acid, syringic acid, protocatechuic acid, vanillic acid and phloroglucinol (1,3,5-trihydroxybenzene). These molecules, thanks to their higher microbial and chemical stability, might be the main responsible for the antioxidant activities and the other physiological effects that have been observed in vivo and attributed to anthocyanins.