In human diet, both simple than complex, available or not available, carbohydrates are present.
Available carbohydrates represent an energy source with a relatively low cost (also from the point of view of greenhouse-gas emissions), while not available ones are the main constituents of fiber and are not absorbable. 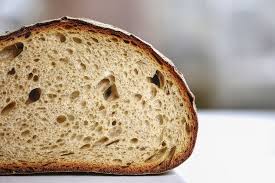 Carbohydrate digestion begins at oral cavity level and then goes on in the next parts of the gastrointestinal tract, particularly in the small intestine, in catalyzed reactions, that is, facilitated by hydrolytic enzymes, secreted by exocrine pancreas and/or present on the surface of the intestinal mucosal brush border cells, the enterocytes.

Starch digestion occurs in reactions catalyzed by enzymes called alpha-amylases. They are endoglycosidases, enzymes which hydrolyze at random α-(1→4) glycosidic bonds inside the chains of both amylopectin than amylose, releasing:

Alpha-dextrins are branched oligosaccharides formed by many molecules of glucose linked by α-(1→4) glycosidic bonds and one α-(1→4). Those consisted of 5-6 units, at the end of the digestion of amylopectin by alpha-amylase, account for about one third of the final product.
Only maltose and maltotriose will form from the amylose digestion, not being present branching points.

Glycogen is affected minimally by these reactions because of, after animal death, it goes towards a rapid degradation especially to glucose and then lactic acid.

Starch digestion begins in mouth by salivary alpha-amylase, therefore the rate of mastication and the time of permanence in mouth, however relatively short, are the first factors that affect the interaction between starch and the enzyme and that can improve digestion.

Once in the stomach, that essentially acts as a tank, gastric acidity inactivates salivary alpha-amylase, whose optimal pH is about 7, though the presence of starch may partly protects the enzyme from gastric degradation, allowing the passage with meal into the duodenum, where it may support pancreatic alpha-amylase in the digestive process.
If in adulthood this action has a minimal functional role (see below), in newborn infants, particularly in premature ones, it may be of some utility because of in the first months of life in premature infants the production of pancreatic alpha-amylase is reduced. However, due to the low concentration of salivary alpha-amylase into intestinal lumen, pediatricians and nutritionists recommend to avoid starch from the diet until the baby is about six months of age.

When we pass from the stomach into the small intestine, bicarbonate ion secreted by pancreas (under stimulation of secretin hormone) neutralizes gastric acidity leading pH to about 7, an optimal value for the action of pancreatic enzymes, including alpha-amylase, and intestinal enzymes, and for the residual salivary alpha-amylase. So starch digestion, which occurs mostly in the duodenum, begins again by the action of pancreatic alpha-amylase, secreted in amounts greatly exceeding than the digestive needs (in reply to meals the enzyme is secreted in amounts at least 10 times greater than that needed for optimal starch digestion).
Although pancreatic alpha-amylase acts primarily in the polar milieu of intestinal content, where therefore the most part of the starch digestion occurs, a part adheres to the intestinal mucosa on the brush border surface of enterocytes. It has been proposed that this topographic disposition could be favorable because it would cause the release of the cleavage products of the starch (maltose, maltotriose and alpha-limit dextrins) at the lumen-membrane interface, where the final part of the digestion occurs by the action of brush border enzymes (see below).

Ileum, the final part of the small intestine, is able to digest and absorb carbohydrates, but in a less extend than jejunum and obviously duodenum. In the presence of illness affecting jejunum or of a surgical removal of the upper tract of the small intestine, the ileum can adapt to the new condition and assume an important role in carbohydrate digestion and absorption.

The final step of carbohydrate digestion is yielded by enzymes synthesized in enterocytes and localized on the brush border surface of the same cells.
They are glycoproteins with hydrolasic activity that act on the products of the alpha-amylase action, maltose, maltotriose and alpha-limit dextrins, and even more on two other carbohydrates, the disaccharides sucrose and lactose.
The capacity of synthesize these enzymes is acquired during fetal period prior to birth, therefore newborn infants have all these enzymes.
Several glycosidases can act only on alpha-glycosidic bonds that is bonds in which the “bridge” made up by oxygen atom is below the plan individuated by the ring structure of the sugar; so they are called alpha-glycosidases and, in particular:

Only the final products of the catalytic activities of alpha-glycosidases, lactase and trehalase, that is glucose, fructose and galactose, will be transported across the intestinal membrane barrier and flowed into the bloodstream to be distributed to liver and then to the several tissues.

It can cleave with high efficiency the α-(1→4) glycosidic bond of maltose and maltotriose therefore is an efficient maltase but its name is due to its capacity, unique between intestinal enzymes, to hydrolyze the α-(1→2) glycosidic bond which links glucose to fructose in the sucrose molecule.
Specificity for: maltose, maltotriose and sucrose.

It should be noted that sucrase and alpha-dextrinase come from the same gene. The native glycoprotein is exposed on the enterocyte brush border membrane and then cleaved by trypsin, with separation of the two enzymatic activities in the two new formed glycoproteins, which remain linked each other by non-covalently bonds.
Therefore the multifunctional enzyme sucrase-isomaltase has the enzymatic activities of sucrase, maltase and isomaltase (alpha-dextrinase), the substrates are respectively sucrose (with release of glucose and fructose), maltose and maltotriose (with release of glucose) and alpha-limit dextrins (with release of glucose and maltotriose).

It is the only beta-glycosidase localized on the enterocytes brush border surface.
It is expressed late in the course of the development of intestinal cells, when they themselves have almost reached the top of the villous; this is the reason for which the enzyme is often the first to be lost during intestinal illness.
It catalyzes a β-(1→4)-glycosidic reaction that leads to the release of glucose and galactose from lactose.
Lactase (EC 3.2.1.108) is a part of a multifunctional enzyme in which, in addition to the lactase activity, there is also an activity able to hydrolyze glycolipids present in milk (ceramides to yield fatty acids and sphingosine), activity called phlorizin-hydrolasic; for this reason lactase is also called lactase-phlorizin hydrolase.
Specificity for: lactose and glycolipids

It should be noted that beta-galactosidase synthesized by yogurt bacterial is able to cleavage lactose into galactose and glucose, as well.

The enzyme is specific for trehalose and leads to release of the two glucose units that form the disaccharide.