The concept of mediterranean diet was developed in the 1950’s by the American physiologist Ancel Benjamin Keys.
Keys first described the relationship between diet and cardiovascular diseases or CVD, in particular thanks to the epidemiological study known as the Seven Countries Study, the first study that highlighted the mediterranean dietary pattern.
The Mediterranean diet, which is recognized as one of the healthiest dietary pattern, is rich in minimally processed plant foods, such as vegetables, legumes, cereals, preferably whole grain, with extra virgin olive oil as the main source of lipids. Therefore, it is a dietary pattern rich in antioxidant compounds, and with anti-inflammatory action.
The Seven Country Study was followed by many other studies that  highlighted, in populations of industrialized and non-industrialized countries, the protective role of this dietary pattern not only on CVD but also chronic-degenerative diseases, depressive disorders, as well as a correlation with improvements in learning ability. And it has been shown that greater adherence to the mediterranean diet is associated with improved health status and reduced mortality in general.
For all this, there is no scientific association that support that it is harmful for health.
In addition, thanks to the reduced consumption of meat, mediterranean diet improve public health by contributing to the reduction of greenhouse gas emissions.
Ultimately, the mediterranean diet is a dietary pattern that must be safeguarded and promoted, as opposed to the worldwide trends toward dietary uniformity.

Keys identified the correlation between diet and cardiovascular disease risk in the early 1950s by comparing the rate of CVD occurrence of American business executives, and European populations just out of World War II. While in the former, well nourished subjects, the onset rates were high, in the latter, who were in a phase of food insecurity, the rates were low. These observations led Keys to hypothesize a correlation between dietary fat intake and deaths from cardiovascular diseases.
The subsequent observation of an extremely low frequency of coronary heart disease and certain cancers in the population of the island of Crete, Greece, in much of the rest of Greece population and in southern Italy compared to USA population, led Keys to hypothesize that the diet of those populations, characterized by a low content of animal fats, represented a protection factor, and to initiate the long-term observational study known as the Seven Countries Study, an epidemiological longitudinal study and the best known study on the Mediterranean diet.
This study showed:

Characteristics of the mediterranean diet

Mediterranean diet is a dietary pattern characterized by the consumption of large quantities of vegetables, legumes, fruits, cereals, preferably whole grain, and extra virgin olive oil, which ensures a good supply of fiber, antioxidants, phytosterols, polyphenols and unsaturated fatty acids.
Regarding products of animal origin, the consumption of meat, especially red meat and red meat products, as well as high-fat dairy products should be limited, whereas fish and seafood should be present.
Ethanol consumption should be moderate, primarily in the form of red wine and during meals.
And in the Greek population segment that participated to EPIC study, extra virgin olive oil, vegetables, legumes, a moderate intake of ethanol, together with a low consumption of meat and meat products are the dominant components predictor of lower mortality.
Cornerstone of the mediterranean diet is extra virgin olive oil. It is an excellent source of monounsaturated fatty acids and contains over 2000 different compounds, many with antioxidant activity. 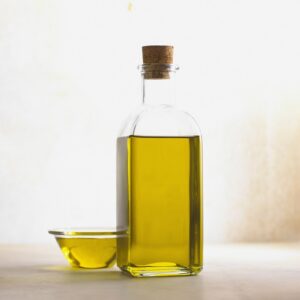 Being the major source of lipids, when associated with a low consumption of high fat animal products, it ensures a high ratio of monounsaturated to saturated fatty acids, which improves lipid profile and glycemic control in diabetics.
However, it is misleading to focus on a single element of this eating pattern; it does not exist “the magic bullet” as shown by studies focused on a single element. People don’t eat a single nutrient but a complex of them and, more important, nutrients interact with each other in synergistic or antagonist ways. So, the health benefits of Mediterranean diet are due to all its components.

After the Seven Countries Study, many studies have shown the effectiveness of this dietary pattern in primary and secondary prevention of the main chronic diseases, from cardiovascular diseases to depressive disorders, as well as a reduction in mortality in general.
Here are some examples.

Role in the reduction of greenhouse gas emissions

The mediterranean diet is able to improve public health also by contributing to the reduction of greenhouse gas emissions, namely, carbon dioxide or CO2, methane, nitrous oxide and similar, from the livestock sector, responsible for 4/5 of emissions related to agriculture. These emissions are greater than those due to transport, and second only to those of energy production. Adding to this that world population is growing, and that this growth is accompanied by an increase in per capita consumption of meat, with estimates that by 2030 there will be an increase in meat production of 85% compared to 2000, the role of the mediterranean diet in reducing greenhouse gas emissions is even more evident.
Analyzing in detail the greenhouse gas emission from cattle farming, the major contributor of the emissions in the livestock sector:

The figure below compares CO2 emission from the production of different foods, considering portions of 225 g, with those from a gasoline car that travels about 12 km per litre of fuel.
So producing 225 grams of beef releases to the atmosphere an amount of greenhouse gases almost 13 times greater than that released producing an equal amount of chicken, and even 57 times greater if we consider potatoes.
To take another example, to produce 41 kilograms of beef, the amount annually consumed by the average American, it releases the same amount of CO2 of a car traveling about 3,000 km.