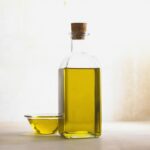 Fatty acids (FA) consist of carbon, hydrogen, and oxygen, arranged as a linear carbon chain skeleton of variable length, generally with an even number of atoms, with a carboxyl group at one end.
Fatty acids from 2 to 30 carbons or more occur, but the most common and important ones contain between 12 and 22 carbon atoms and are found in many different animal and plant fats.
They are rarely free in nature and are the main components of:

Far from only being a convenient unit for energy storage, they are also essential for metabolic and structural activities. In this regard fatty acids, unlike proteins and nucleic acids, have the singular ability to be incorporated into tissues intact, thereby altering tissue acyl compositions.

Although most of them have unbranched structure, there are many that have a branched chain. Some of these, like phytanic acid, occur frequently but in small amounts in animal fats, waxes, and marine oils. They are rare in plant lipids, while being major components of the lipids of gram-positive bacteria.

Depending on their degree of saturation/unsaturation in the carbon chain, they can be divided into three classes:

Moreover on the basis of the absence/presence of double/triple bonds they can be grouped into two broad classes:

On the basis of the ability or not to synthesize them de novo from endogenous precursors by animals, and whose deficiency can be reversed by dietary addition, they can be classified as:

Finally, depending only on chain length they can be functionally divided into:

SCFA, thanks to their high water solubility, short chain length and small molecular size, are rapidly absorbed in the intestine and are transported, bound to albumin, to the liver by the portal vein, not requiring chylomicrons formation.
The pathway of absorption and transport of MCFA is similar.
LCFA and VLCFA have a low or absent water solubility and hence, after intestinal absorption, are secreted into lymphatic system as component of chylomicrons, and by the thoracic duct are transferred into the circulatory system at the subclavian vein level (venous blood).

Other classes of fatty acids

This site uses Akismet to reduce spam. Learn how your comment data is processed.