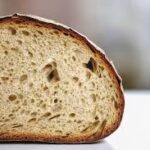 Carbohydrates, together with lipids, proteins and nucleic acids, are one of the four major classes of biologically essential organic molecules found in all living organisms.
Carbohydrates, all coming from the process of photosynthesis, represent the major part of organic substance on Earth, are the most abundant organic components in the major part of fruits, vegetables, legumes and cereal grains, carry out many functions in all living organisms and are the major energy source in a Mediterranean-type diet. As with lipid and protein classification, there are several ways for classifying carbohydrates, some of which, which are based on their chemical and physiological properties, are reported below.

Carbohydrates, also called Carbs, are defined as aldehydic or ketonic compounds with a some number of oxydrilic groups (so polyhydroxy aldehydes or ketones as well).
Many of them, but not all, have general formula (CH2O)n (only molecules with n>4 are considered carbohydrates); some, in addition to carbon (C), oxygen (O) and hydrogen (H), include nitrogen or sulfur.

On the basis of the number of forming units, three major classes of carbohydrates can be defined: monosaccharides, oligosaccharides and polysaccharides.

omopolysaccharides if they contain only one type of monosaccharide as starch, glycogen and chitin;

Note: the term “saccharide” derives from the greek word “sakcharon”, which means sugar.

On the basis of their degree of polymerization, they can be classified as:

A further classification lays the foundations on the possibility of being used directly for energy purpose, so: